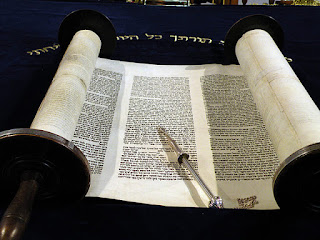 Today we will take a look on a heart of Kabbalah a fundamental verse of the Holy Bible. A verse that makes God truly eternal.

This not so well know verser is contained in the book of Jeremiah, as part of so called New Covenant that the Lord has enacted between himself and the Jews after they has broken original covenant that was made between YHWE and the Moses.

If this fixed order departs from before me, declares the LORD, then shall the offspring of Israel cease from being a nation before me forever

What it does mean in practice? If this ordeal of the Holy Bible would ever depart, for example somebody would kill the Lord, then also nation of Israel would stop to be a nation forever. In other words Jews would stop to be a Jews.

This means that every Jew on this planet shall always protect the Lord from all the evil. It makes the Lord truly eternal. He must stay with his people to the end of the world or they will stop to be a nation.

But does this mean that the Lord is immortal? The answer is not simple. It is hard to kill him because of the Jews but case is complicating when he have a son. Then the Holy Bible is not protecting him anytime longer but is protecting his son.

What is protecting the Lord are his friends and people of good will. That makes that he usually lives very long like 100 years. Also because his killing have very bad effect on the society.
Posted by Kabbalah33 at 12:13 AM