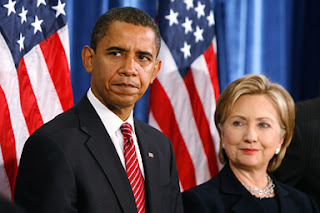 Lord is congratulating Mr. Donald Trump and Ms. Hilary Clinton their win in primaries however have his doubt about Ms. Hilary.

We know for sure that sooner or later Malta Order will want to install their clones ofpolitical leaders. The ones that are for sure in danger are Barack Obama, David Cameron, Angela Merkel,Vladimir Putin, Dimitri Medvedev and polish Donald Tusk and Jaroslaw Kaczynski.

Is Ms. Clinton also on that list? Is not her race to become first female President of the United States a suicidal race? We need a leader that will be not replaceable to take care of security of others.

While the Lord is usually trying to not interfere in the elections he have serious question on security of Ms. Clinton and others. He hopes he is wrong and everything will be all right but this doubt is hanging in the air.

Lord hopes only that American voters have understanding of threat that we are all facing and will choose correctly. He hopes that is wrong in his prediction and wishes all candidates good luck.
Posted by Kabbalah33 at 12:00 AM