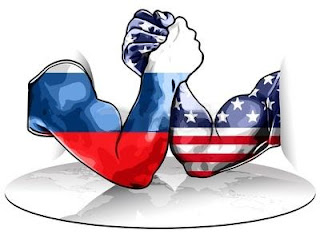 The Cold Fusion can change relations between two giants: US and Russia. The last will do everything to stop mankind before obtaining this technology. But are American leaders interested in this invention?

This question is maybe hypothetical, as it will be faster the Deluge that Creator would give this ground breaking technology into hands of the man but he has made a first steep sending an introductory letter to the US Department of Energy. The letter that so far is unanswered.

And maybe will stay unanswered, as current administration, as in case of Syria, also in case of Poland that is a key to unlock the Cold Fusion will try to do all to avoid a war with Russia. It is hard to count that Obama administration in their last days will pick up Lord's invitation to further talks.

Then is the Donald Trump anyhow better? The media has just informed that his top advisor is a man that would like to cooperate with the Russians. Will Trump be, as soft, as Obama is? The stake is high and it can really lead West into another World War but winning this war would mean independence from the oil and gas. Independence for everyone.

No, it is nethier for Hilary...