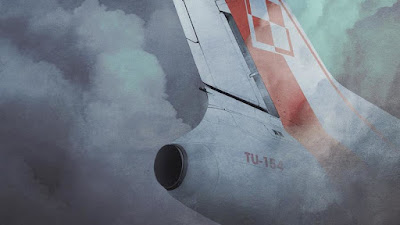 After terrorist attack in Brussels the Islamic State in special video addressed to their followers has announced that “Belgium has been punished” but many could wonder for what?

The Belgium is not active in fighting IS in Iraq or Syria for what then Islamic State want to punish it? The answer would not be easy to find if the background of Smolensk battle or rather bottle would not occur just in the Brussels.

This way the IS is trying to gain followers among Poles but beside some MP's in the ruling party they will not find anybody there. But for the Lord this declaration is a clear proof that they does not have anything common with him or the Islam. Moreover, they are openly confronting him and his closes allies.

At same time they has announced that “Downing street would be next” target. We all shall know that the Malta Order is preparing replacement not only there and we get yet another sign of who those people are and for what a goals are fighting. 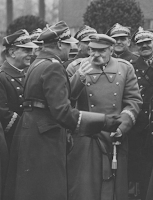 While God's Hand have nothing in common with the terrorism we support variety of armed activities. We do not want to be powerless in the face of antisemitism and open Nazi and Bloshevik ideology that is reborn not only in the heads of Islamic State leaders.

We will reply strongly to any replacement operations of the Malta Order and will slain 3000 of them in that reply. That is what the Lord, God of Israel is promising them. His hand will be again like a cometh that will crash them. To the ground.
Posted by Kabbalah33 at 10:35 AM