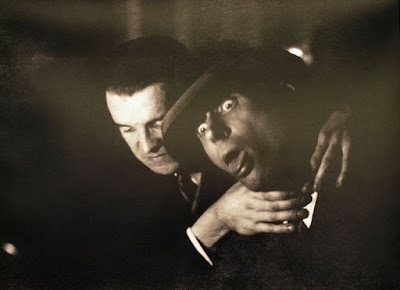 Kaczynski after Saturday mayhem made an open statement on his true intentions. For him the Nazi fight to replace truth by his version of events is not yet lost.

On Sunday speaking at the occasion of uncovering Smolensk memorial he has announced that “Smolensk row must end. must end in the truth”.

He has also stated that the facts they know on the Smolensk catastrophe – the facts You can read on my blog – 'aren't sure'. He has added that "justice is needed, without her it cannot be ended something that was so tragic".

Even after first look on the photo of Melanie and Witkacy's Czeslawa Okinska you can discover that they are same persons. While are divided by almost hundred years they share not only psychical appearance but also same story.

For Kaczynski however – this visible by the naked eye - facts are not true. He have in his mind his facts – in which the Lord is an evil Muslim terrorist (definitive not Jew) that murdered her in Amsterdam by the bottle of wine and he shall end like his predecessor Bronislaw Pilsudski making 'suicide' in Seine.

This means that while they are not able because of importance of the Polish Question yet perform revision of the history and eradicate the Lord from people memory they will do everything to achieve this.

It can take a long time because this search for Christ has become for many part of Palestinian Cause and must end positively if Poland want to avoid the war. The PiS that is ruled by Kaczynski in authoritarian way will be not willing to cooperate begin more interested in their Horst Wessel March and their truth. Marching in times when for Russians Lord peace deal is Plan B. Plan A is an invasion. 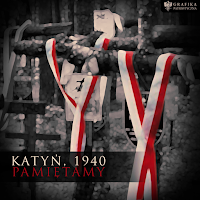 We deal with open Nazi ideology and Kaczynski is standing on same side on which stand Hitler when wanted to 'punish' Witkacy and reveal their truth on Czeslawa Okinska romance by committing global revision of history.

A sick ideology that has lead my people to not only concentration camps but such NKVD execution places like Katyń, Ostaszków or Kożielsk. Places where whole corpus of officers of the II Commonwealth has been massively murdered.

The myth of Pilsudski becomes more and more popular not only among ordinary officers of the Polish Army. Where Kaczynski want to lead them? Openly asking, by which hands he want to slain them in his sickens.

The truth is that Kaczynski is driven not by the wish of revenge but a wish to erase not comfortable facts on the death of Jean Paul II and other Malta crimes. I do not wonder why people that has commit murder on Melanie has not been punished yet. It was Malta Order script. Malta Order plot and Malta Order Cavaliers.
Posted by Kabbalah33 at 7:48 AM