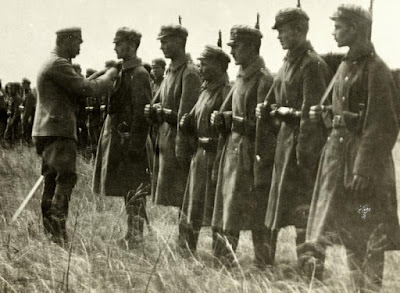 My Moskal friends has been little discouraged by comparing our situation to Sobibor camp but there are many similarities between. To be honest, what Nazi did with Mr. Srebnik is no different from the game that is around the Lord from before the ages. It is called Inferno.

The Nazi has organized a similar game around common Jew, Mr. Srebnik. He was signing through the day sailing in his boat and one group, usually of Jews, was trying to kill him while other group, Nazi soldiers, was 'defending' him killing the aggressors.

This mechanics is no different from what the Lord experiences since is begin born. How many games in Srebink Nazi organized in other camps we do not know because Mr. Srebnik has survived only by miracle. 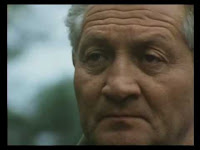 At the end when Nazi was fleeing from before Soviet soldiers whole camp has been exterminated and Mr. Srebnik received shoot into head. Surviving only by good luck.

So the mechanism of this Srebnik game is quite similar, also a living conditions, the difference is only in the people on the battlefield. Sometimes they are no different from this Nazi soldiers that wants to kill the Lord at the end, sometimes they are like Pilsudski Strzelcy that also played same game before the II world war.

They key is in the conditions. Lord is thankful to his Russian and not only brothers for the continued defense of his person but it has been dehumanized. Mentally and spiritualy he is still in this Sobibor camp.

The Russians if are thinking seriously about avoiding Fusion war shall invest not only in the people on the battlefield but also in the Lord to change the conditions.

There is of course Malta script and the Lord will soon be accomplished by Amanda in the luxury dacha but he is trying to not pickup Maltese million and would also for first time in the history choose poorer of the Raga sisters.

He could do this only if will be in the good financial conditions and so far, there is no help from the West in that. Everybody is counting only on the Malta Order sending whoever he can into the Infreno.