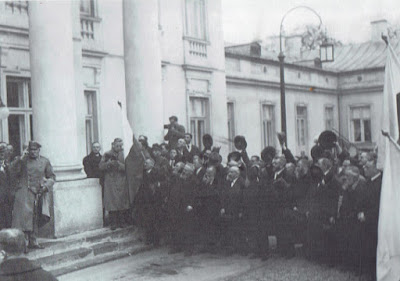 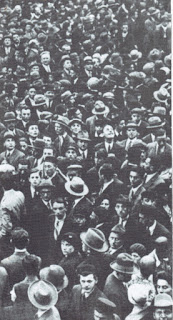 After his last little cynical post Iranians stated that Lord 'has abandoned his supporters'. It is partially true but they will understand this in the coming Day of the Judgment.

Where was his silent and intimidated supporters when the Belgian government has put him for years into the prison. Where are they now when he needs financial help to raise prospect for poor Raga.

The truth is that his supporters has died during the uprising in Jewish Ghetto in Warsaw. That they has been exterminated in places like Auschwitz-Birkenau, Dachau and Sobibór.

The balance has been already lost and it is a racial balance. The Gentiles even when circumcised will not replace a Semitic race that has been in practice completely eradicated from the not only Polish soil.

The modern Jews in majority are not Jews by Birth they are Gentiles that are wearing Jewish clothes and are chanting Jewish prayers but their connection to the Lord is void.

The another Holocaust will then not happen because there is no need for it. The objective has been already meet and the Lord has been left alone without his people that was accomplishing and supported him through the ages. 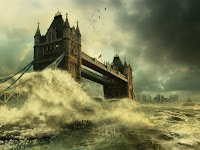 Therefore it is not strange that this century when it comes to the Lord is worst in the history of the planet. The new Holocaust is not going to happen but striped from Jewsih smoothness civilization is going to be destroyed.

Destroyed by the Lord like in the times of prophet Noah. Destroyed to be raised again somewhere in the deep space.
Posted by Kabbalah33 at 6:48 AM