"European Union will die, because people don't want her. We will change her for different Europe". This first so open declaration of intention is not strange for the Lord. The Teutons are famous from their pride.

The Lord does not think Marie Le Pen will gain anything on this, the French people does not want to turn against the Mother of God. It's rather declaration of support for new Malta Order Grand Master that the Order will choose in coming weeks.

But he is wrong calling his mother Russia or Europe. It's mother Earth and whatever it will be the Lord or his son, you can be sure,  they will depart it, if she will die and be replaced by new one...
Posted by Kabbalah33 at 10:49 PM No comments: 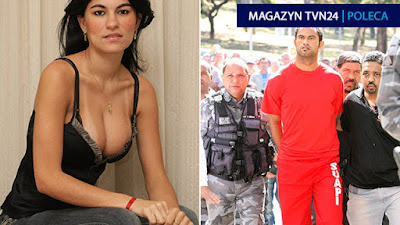 While Russians are recalling memory of Serbian Children of 1999 Polish TV24 has published news under headline "He was a God, contracted murder of his lover".

Well, it shall be clear for Russians that we are not talking of Asia and when it comes to this girl that cheated the Lord, Lord would never contract such killing. 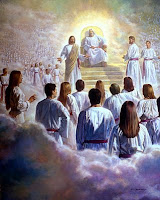 Maybe some hardliners in the Presidential Palace have such an idea to plant a seed of discord between the Lord and the first born son - Messiah - but if he is true Messiah he will sit at some point in time at the Throne in our Nest and will see everything clearly. Also how they has treat his father.

And the Lord is still remembering her Aryan skin - soft as velvet thinking why the mole on his right ear did not disappeared yet, as was a case of his father.
Posted by Kabbalah33 at 5:02 AM No comments: 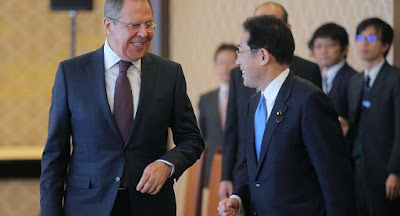 Lavrov is smiling from Asian joke but has he toke it seriously and is laughing honesty? The only way to achieve long-lasting peace with Russia is to make a meeting between the Lord and his son to agree on postponing introduction of the Cold Fusion.

The Americans will never agree on such thing but would Poles do? Russians has increased doubly their presence on the Western border.

The other is to present photo of the right ear of my son. If there is no David star on it - we can be safe. Worst if there is one. Then the only way of peace is to this two to meet and discuss affairs...
Posted by Kabbalah33 at 9:09 PM No comments: 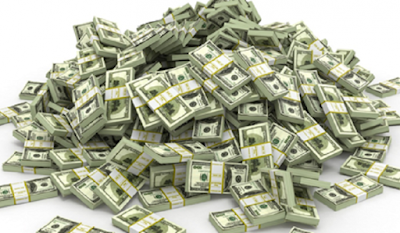 The possibility of someone investing money in Lord's offshore company has forced Presidential Palace for a reaction. They has called the Lord on the morning and assured of enriching him soon. After the German elections.

Lord is not surprised by Duda as he knew this centuries old script. But do Duda think can improve his popularity by executing it? Executing God's Mother?

The Lord is taking this investment drive to see if the oppression and enslavement can be broken. To see if the poor Raga can survive. But not on this fucking planet.
Posted by Kabbalah33 at 11:38 PM No comments: 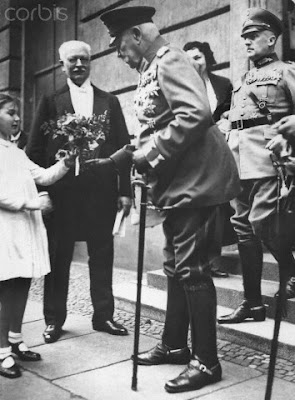 The words of Donald Trump on German owing a debt to NATO are sounding very special, as they has been by accident made on the anniversary of liquidation of Cracovia ghetto.

The German leaders tends to forget about it especially when it comes to the Lord but the Lord remebers. Shoah has changed his land forever and now he is alone on the desert of the Gentlies.

The Poland he knew has changed forever into Weimar Republic with Hindenburg brothers haunting him, just as they was haunting him in times of his forefather Mikolajczyk and his facade Witkacy.

The money cannot repair anything but it is true that Germany owns him a debt. Huge debt that nether Markel, not Schultz is going to pay...
Posted by Kabbalah33 at 8:33 AM No comments: 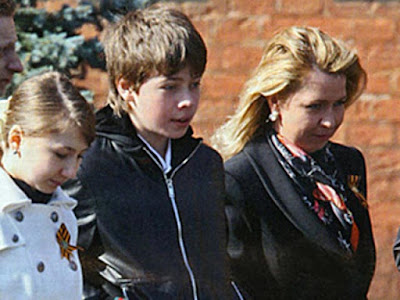 In Germany ruling party has called people to the demonstrations under banner of "Save the Europe" but if Mother of God is personification of something it is rather... Russia, not Europe.

It will be not only she that will be slain and replaced but also many of the world leaders, including Russian duo Putin and Medvedev. This will change situation in which we are now and the imminent threat of the Fussion War will be much bigger.

The way of the peace will be lost and the only option for Russians to save their income from oil and gas will be to capture the Lord nest and deny the Lord a way to carry out this invention.

The Lord will be still influential there and the personification of this influence will be Dimitri son - Ilya. However, this will be not so strong influence and rather he would turn to the stars. Leaving his conquered land and the planet, forever...
Posted by Kabbalah33 at 9:26 AM No comments: 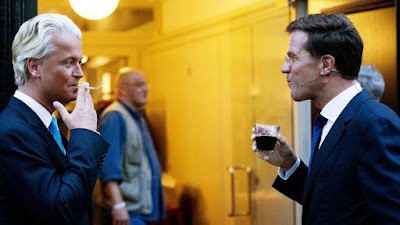 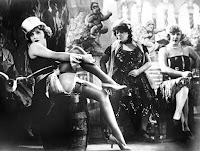 Turkey Foreign Minister was very right when commenting Dutch elections noticed that there is not too much difference between Rutte and Wilders. Both are not only in his eyes fascist.

The most of Dutch voters was undecided to the end. They are not happy from the way their prime minister, or generally, mainstream parties are playing this game. They did nothing to support Lord struggle and are only taking satisfaction from deaths he is causing by his existence. 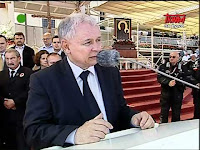 But unlike in 20'ts past century Wilders and other Maltanes paws did not captured the public opinion by the Kabbalah girls they has prepared for the Lord. It was his mother, the Mother of God, and the planned assassination and replacement that is on minds of the most.

The Weimar's Kabaret is not working, as the Lord already pointed of true intentions of its organizers. But the traditional parties are of no help. And this is what Dutch voters see very clear. They has just chosen lesser evil.
Posted by Kabbalah33 at 11:43 AM No comments: 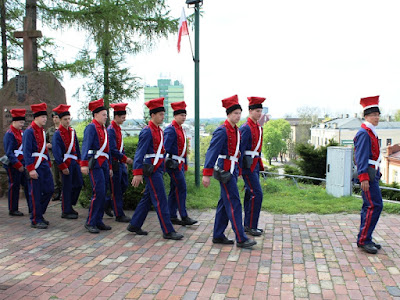 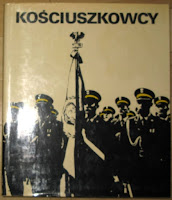 Trump people will be coming to Poland to take a proof of my son rightfulnesses. A photo of his right ear, to be precise. But this was not on the mind of the Lord. He has noticed that also some other Poles understands in how grave situation is our land.

It was sign of good will from the Kremlin that they has put a question mark over 'China' being Middle-East mediator. It's true that Kaczynski does not think about establishing long-lasting friendship between our brotherly nations but doesn't his even close people do not see and seems not rember what a role Lord ancestor Augustyn Gorzenski has fulfilled during the Kosciuszko insurgency. 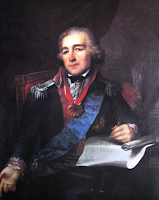 The relation with Russia in the face of the Fusion War can go two directions. One will be Augustyn again put in the power and set up to make an official agreement on the capitualition of Kosciuszko uprising. The other leads us into Witkacy territory of Katyn.

This is true that Kaczynski is afraid of the Lord begin put in power again. But does not his people think? Think of their and their land future... 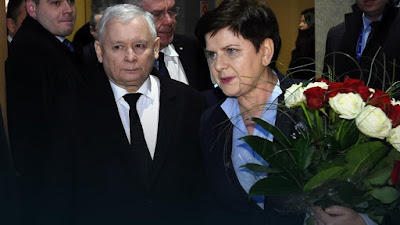 Kaczynski is not sad from the choice of European leaders. The Malta Order is proceeding their centuries old ancient script. With what a result for him, is still hard to say but his Enemies can be really affraid.

Tusk has joked that the European reply for Brexit will come in 48 hours. Or maybe they are not joking.

Trump is still grilling while Russian informed of his plans to make huge oil drill, so whole OPEC cartel will be little dwarf. Very red dwarf.
Posted by Kabbalah33 at 3:15 AM No comments: 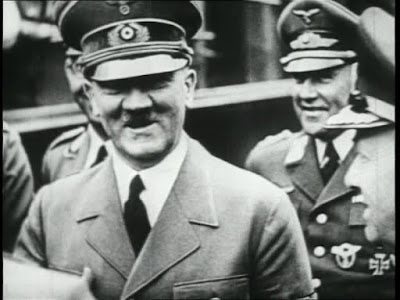 While Kaczynski is doing everything against Tusk candidature on the face of UE in reality he would not have anything against it. In their un-Holy Mission the Malta Order plans to replace not only mother of the God.

Tusk shall rethink if for the good of the continent he shall ask for re-election but like Hilary will take a dangerous and little suicidal ride and will do everything to keeps himself in the power. Maybe he thinks he will be more secure through that.

The Lord is hearing little resistance against the Malta Order but this voices are left alone, as this persons are considered losers of the game. Their leaders will fade down and will be probably replaced.

When it comes to Kaczynski - he has Japanized his way - fighting like a true Samurai. Very brown one but this is not a problem for him. The history will be written by those one that will come out from the fight victorious and the world seems to be ready to forgot this true story of the Lord and his people.
Posted by Kabbalah33 at 10:48 AM No comments: 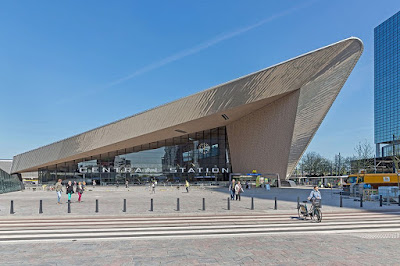 Was this accident that the Lord trip to the Netherlands was underlined by the announcement of Beniamin Netanyahu cabinet that the weed smoker will be in worst case punished by fine? Some not involved in the Kabbalah would doubt.

But this was not biggest issue raised during the visit. The whole world has been shocked by the Lord discovery of his son. But is it a real heir - the Messiah? Lord doubts, as his mother could be of Aryan strain.

The Teutonic nature of the Malta Order is sharpened and undeniably confirmed by their mission to slain and replace Lord's Mother. What a price they are expecting to raise for the sake of Lord prosperity?

The are other ways thou. The Lord is going next month to visit another European state the Unite Kingdom. He is going there to finalize opening of his company. This is a good way, without Nazi money. But will he success in that?
Posted by Kabbalah33 at 11:14 AM No comments: