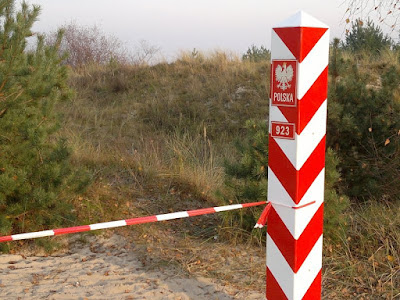 Why Kaczynski has scored one more lose in his Revisionist plan? The answer is simple, he is rejecting the fact that LORD give Poles last chance for long-lasting peace with Russian Federation.

By undermining LORD Kaczynski is trying to undermine his own nation, his own borders. It is LORD that is last chance for a peace, he is truly the Lord of Peace.

If he would be missing from the Cold Fusion equation Russians will lost last opportunity to postpone introduction of this technology in the peaceful manner. The world, or at lest the region will go into total darkness and the only option would be a war with Poland. A war for LORD nest.

Because who owns the LORD nest owns the Cold Fusion. If Russians will not have, at least illusionary, chance for peacful deal in this matter they will use military force to safeguard Cold Fusion. To block introduction of it for another centaury.

This is something that both Duda and Szydlo seems to understand. But will this feeling of begin secure - thanks the presence of LORD - can be upkeep for long? No, if there will be no real efforts towards reuniting him with his Son. Only united then can successfully negotiate the peace deal with Russians.
Posted by Kabbalah33 at 9:17 AM