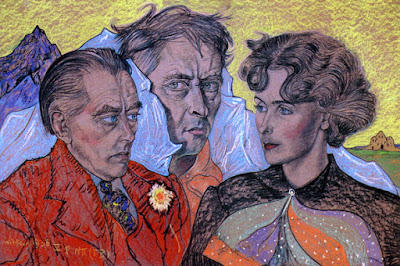 It’s again loud about the Denmark. You were for sure affected by the case of some Danish millionaire and some journalist but for LORD it reminds some other crime.

The Radziwillow Palace have many secrets even from before the Presidents. One of them is some rape in which participated LORD loved one - Christine. It was few years ago during Komorowski time. She has been raped by the Satan. Yes, real one, a twin of LORD of blue eyes.

Now to hide this crime from before LORD another Aryan lady - Amanda - was put in same position that Christine was. And Christie has been moved to Denmark. Where from despair she will marry some other Danish millionaire.

But there is a hope at the end. Because of her race they cannot have an offspring. So after some years, she will return to Poland and LORD.

It is a story that repeats many times in the modern history. The biggest problem is that those inhuman creatures that committed this rape, rape of Poland, are so far unpunished and are embers of huge corruption in the Radziwillow Palace. A Presidential Palace.