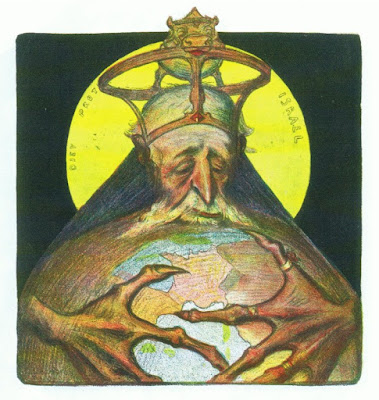 The ruling party spokesperson said today that ‘[He] is today a no-name’. And it is very true, it is third generation of LORD that did not written his name in the story. Something not thinkable in the previous centauries.

But is this a reasons for the current rulers to be proud? The two generations has passed without name in the Soviet Poland. The third in the III Commonwealth. It is a symphtom of bigger change that has rolled through this land.

The last well know LORD Stanislaw Mikolajczyk written wonderful book ‘The rape of Poland’. Nowadays his grand grand son could write a continuation ‘The castration of Poland’. A story of the live after the Holocaust when Polish soul has been castrated from the Jewish element.

How long LORD will endure such conditions? Did you ever thought about that? On our sister Red planet he has committed a suicide and he did not had any offspring. Therefore his nest has exploded and with it whole globe.

Here LORD was long thinking about the situation about this Martian State he is enduring and has come to conclusion that the only way forward is to depart this planet to find another one. To colonize it once again with the pure minds and souls of Semitic races that here almost vanished in variety of bigger and lesser Holocausts.