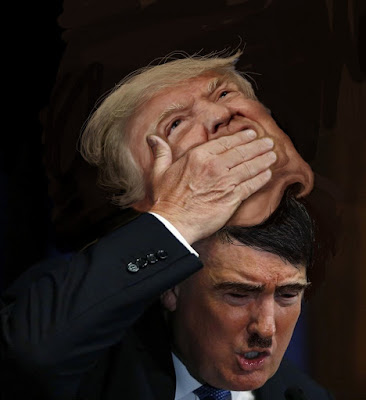 The LORD does not know if Trump is powerfully enough to uphold his Mother live but have enough of accusation of him of supporting fascism.

What his opponents does not recognize or do not want to recognize is the fact that Trump is of Aryan race. And thus would be just exterminated, just as anyone  of Semitic race as no longer needed.

The fascism regime of Adolf Hitler was coming up with no Jewish race, nor Semitic race to the power. They, Aryans, would be just erased, as the true Jews from the surface of the planet, if he would be in such power.

Nowadays, we have maybe first Aryan, not counting LORD offspring Lincoln, in power and we can only guess if he was not introduced in the power to make a laughter of it.

There is big hope of Trump begin reintroduced to his racial roots to better understand the future of the globe. Not only in the Aryan eyes, he is some one of Semitic redeemer, but he is also a common man. And thus can male a mistakes, what LORD understands.
Posted by Kabbalah33 at 11:21 AM