What Netanyahu Tried to Negotiate 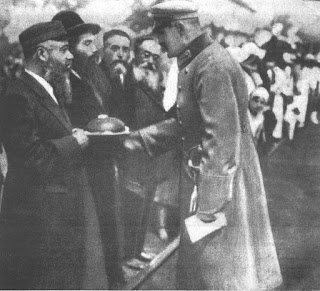 Russians cynically announced 'What Netanyahu Tried to Negotiate with President Putin in Sochi' on this Wednesday. Officially.

Unofficially LORD will be equally cynical. It's enough to say that this visit ended like some Russian bus in the Sudanese swimming pool.

It is true that his father Ben Zion and Menachem Begin was forced to flee II Comonowealth of Poland begin afraid of Pilsudski. Some Revisionist habits Bibi has sucked together with mother milk and he will not change, just as Kaczynski will not.

The problem is that he could be changed, or rather replaced. But he was so helpful for LORD that LORD will not notice any differences. Maybe beside of color of the eyes.