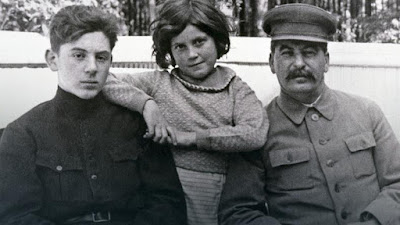 Lavrow responded that recent U.S. action 'was threat to security of [Russian] citizens'. Maybe, really our cowboy from White House has hit them in the nest? There was something big there if he was going to call Secret Service to search buildings.

Sergiei see that LORD is really threatening security of their citizens and of course have a plan to contaim or even eliminate him from further game. The plan is of new Atlantis - new Soviet Union and is similar to that one Bolsheviks had heading to Warsaw to capture LORD.

The plan is centered around another member of family that would be replaced. Replaced to state that LORD has sexually assaulted her in their childhood. Of course it is one of several Kabalah secrets like that one that he has smashed botle of wine on head of Melanie to kill her or that he has raped Christine.

What is important in that is their solution. While Manowski will be 'liberating' his loved one - Amanada - another car will be heading to LORD. Full of Bolsheviks that would want to rape him to obtain his son. Rape with his false sister.

That is the story of Atlantis. After that they has discovered that the son they had was not matured enough when the Judgment of God has come and he was denied an access to his throne.

In aftermath the stone has hit the Earth crashing Atalntis and changing it into sea. The same fate could now meet Zurich that LORD is going to visit soon. That is why, dear Sergei, it will never happen again!
Posted by Kabbalah33 at 5:38 AM