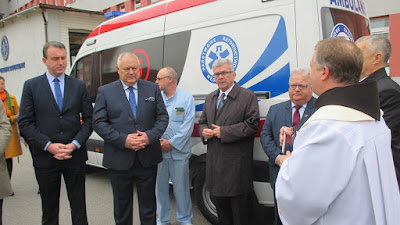 If those ordinances depart from before me, saith the LORD, then the seed of Israel also shall cease from being a nation before me for ever.

"This is necessary because there cannot be schizophrenia in the history" announced chief of Institute of National Memory. And there would be nothing strange in it if not a stage like from LORD father Soviet horror.

The ambulance has come under LORD software house. Two tall sanitarians has caught LORD  and has put him into straitjacket. They has driven him into modern gas chamber, for electroshocks and injections.

That would happen but the ambulance did not stopped. It slowed down and turned sirens on and passed away. LORD was playing in the golf. Zurichina gulf. No they was not able to forever dissolve the Jewish nation.

These people, mainly Karczewski and Kaczynski are not fascist. Nor they are Soviets. They are just imbeciles that often fall as victims to this two evil forces.

What they will do now ahead of the monthly Smolensk mass? They will look for a LORD son. They will certainly turn to Amanda, as their only hope to resolve this Teutonic feud quickly...
Posted by Kabbalah33 at 9:54 AM