Today spokesperson of German government once again officially stated that there will be no talks on compensating Poland II World War damages.

You can thank then Angela Merkel personally for what will happen in 2033 when LORD will depart this planet forever. This is a key point in the LORD Judgment and it was underlined not once. 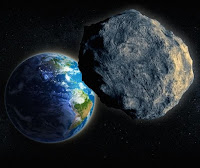 Germans has murdered almost completely LORD people and now nothing binds him to this planet. Once for all they are ruling out any talks on reparations making in his eyes a global suicide.

If they think that they can give him little gristle from their table, a skirm of the dress and he will be content they makes deadly mistake. No single verse of the scripture that they execute once again will make them safe from his wrath.

You will all pay for their crime. This civilization will be destroyed and LORD will depart this planet forever…
Posted by Kabbalah33 at 5:06 AM