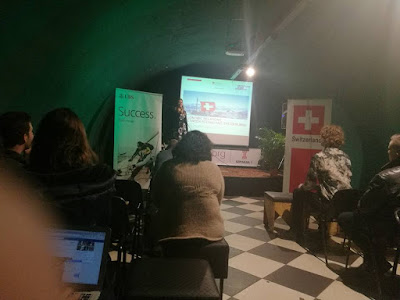 Then Simeon blessed them, and he said to Mary, the baby's mother, "This child is destined to cause many in Israel to fall, but he will be a joy to many others. He has been sent as a sign from God, but many will oppose him. (and a sword will pierce through your own soul also), so that thoughts from many hearts may be revealed.”
Luke 2:34-35

How LORD is looking on the Switzerland and what fate it can expect when he will decide to leave a planet.

Recently the scientist has told you that if the asteroid will hit the planet the temperature on it will go twenty degrees lower but this is not the biggest issue for the Swiss people.

The truth is that if it ever hit the globe from Switzerland nothing will be left. It will become a Swiss gulf because the comet is targeted straight into Zurich.

That is why LORD thinks that the Swiss people has lost their minds as the hearths they has lost long time ago. In his eyes they has changed his people into the golden bars.

And there is another case, case of his cousin Agnes that from long time is living among Swiss people. If something will happen to her and her eyes will turn a blue the revenge will come from the space and nothing will be left from their beautiful land.

Therefore when the mother's heart will be pierced by this unholy sword you must be sure your fate will be a doom, said LORD, God of Israel.
Posted by Kabbalah33 at 11:25 PM