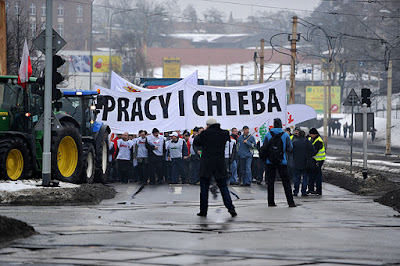 The upcoming New Year is time for reflection. Only dozen of years has left to the Judgment Day. Is there any hope left for mankind?

The Black Water signaled recently that they own him million dollars but for any that owns a company it is just a penny. Probably even one billion would not change his stance.

Together with Ms. Bonaparte you have murdered his dreams and the youth. This cannot be repair and there is no will to repair it. Instead you want to murder his mother and cousin because it is so in your script.

Instead of serious talks there is only a work and bread politics something that is not enough. There is no reflection on the people side and no seriousness.

You have failed that is a common truth that will be presented to you on the judgment day. When LORD will depart this planet for another one. When his wrath will hit you from the sky. Straight into Zurich...
Posted by Kabbalah33 at 8:04 PM