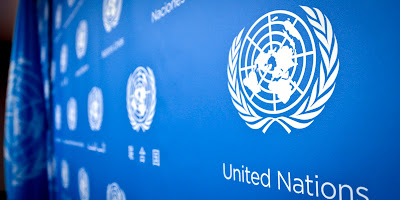 The world leaders and most of the priests used to treat Lord as trash because in their doctrine he is 'invisible' but in various times he was able to take over exposed posts like Henchman or Prime Minister .

The rulers thinks that in last moment they will give him a candy and he will save them on the day of the Judgment. It was working well with Mickiewicz but will not work nowadays.

After the Holocaust things has changed. There are no more Polish Jews about which LORD was taking care. They are waiting for him on Kepler. In the paradise.

However as long as his mother is alive there is still a chance that together we will be able to change LORD mind and he will not depart this planet.

It would be a long process that cannot be performed ad hoc in the last moment. LORD has already presented his Manifesto to the Pope with points that must be put into life to safely pass his Judgment but this Manifesto has been ignored.

Among other points is an establishment of High UN Commissioner post for the LORD. Something that will take a years to complete.

The whole Revisionist doctrine must be abandoned and thinking of the people changed if you want to survive. And that will be long lasting process. If successful will save you, otherwise it will be end of your civilization...
Posted by Kabbalah33 at 1:47 PM