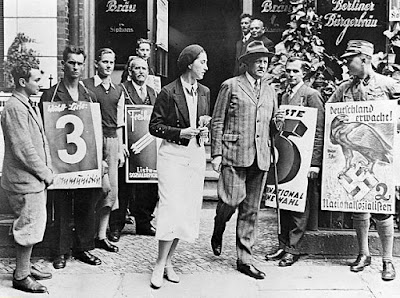 The ruling party is not hiding that is typical work and bread party. But what is doing the opposition? Is not this situation like in Weimar Republic?

The constant attacks on Lord and lack of cooperation makes them a daily bread for those in PiS that still feels like a Polish patriots.

The opposition in  Poland that like in Weimar is passive waiting for government to handle the issue. They will do nothing to change the status quo and unite with Lord.

That is why he stopped to dream about his own company and will accept anything that rulers will throw him.

But this is deeper crisis. He see that his commonwealth is lost together with extermination of Jews. That is why on the day of judgment he will depart this planet. And no script is going to change his decision. He needs much more that work and bread...
Posted by Kabbalah33 at 4:44 AM