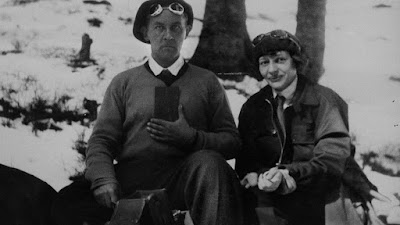 The situation did not changed even by single yota and LORD is more and more often looking into the sky thinking about departing this forsaken planet called Earth.

There are voices somewhere there that because of Kabbalah ladies he will change a mind. Once will fall into the love he will no longer think about departing the planet.

But the truth is that young age is long behind the Lord and you will find no affection in him anytime longer. Nina and he are of same age, nearly 40thy.

Adolescence is far behind them and while they love to spend a rest of life together there is no place for crazines of youth age. It comes to late to have any impact on the Lord and his decision to left the planet Earth.

Moreover, the Lord is thinking that such a trip to Keppler will be also interesting for his ladies, as he is able to rejuvenate them there. He can bring a second youth to them. Literally. 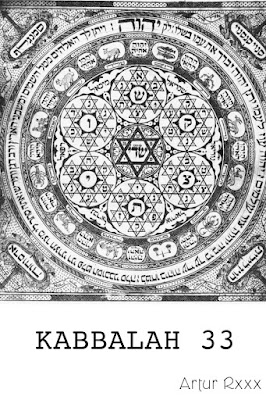 Asam.tech publishes a preview of their first book. The book is entitled ‘Kabbalah 33’ and is a guide to this mysterious Jewish science.

This book explains a phenomenon of Messianic Jews that each day are growing in numbers and consisting now of almost a million members.

Kabbalah itself is centered around the Messiah that one day is supposed to come back to Israel. The featured book gives an in-depth description of the Messiah and the New Covenant that he has concluded with his people in the Holy Bible.

In addition, it brings up a controversy surrounding the figure of Jesus Christ and gives answers to why Jews do not accept him as the Son of God.

“We want to present a real Kabbalah to the general public, explaining why it is of high importance to the humanity and telling about the impact it could have on our lives” – declares the author.

In further chapters many questions regarding the secret Teutonic Order, the greatest enemy of the Lord, will be brought to attention of the readers. It will also contain a feminine element – descriptions of each lady appearing in Kabbalah.

If you are interested to read more on the story surrounding the Messiah, our God and Savior, please visit http://asam.tech and download a free copy of the book’s preview edition.

On 14 – 19 February it will also be available for free to Kindle readers through Amazon store.
Posted by Kabbalah33 at 7:06 AM No comments: 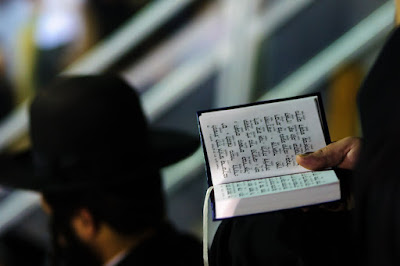 The growing number of Messianic Jews is a concern to the State of Israel. As these people say, the only thing they want is the return of the Messiah they call Yeshua to Israel. Who is the Messiah?

Wikipedia says that the Messiah “is a savior or liberator of a group of people, more specifically, the Jewish people”. In other words, the Messiah is the Lord, God of Israel, that you all must know from the Holy Bible. A living God.

He is promised in the Bible to be revealed to the world, and Messianic Jews are counting on it. Many bind his presence to the times preceding the end of the world. And it is correct. The Messiah is supposed to save not only Jewish people but the whole mankind on the Day of Judgment.

The worst possible outcome would be if he will decide not to save us. But his believers don’t even think about such possibility. In their songs they are praising his mercy, hoping God won’t betray them and won’t annihilate an entire civilization.

The Messiah, or the Lord, is the central character not only in Messianic Judaism and Christianity but also in the teachings of Kabbalah. But in Kabbalah you can also find out about the Order opposing him and operating the ancient Script – the heart of Kabbalah.

This script features variety of events that the Messiah will find on his way during his life. Usually it is related to romances in which he engages and always having negative consequences for him. In the end the Order simply wants to crucify him and in most cases is successful in that.

The crucifixion of Jesus Christ was probably the most dramatic one in the history of mankind, partly because Jews played a central role in it, but in practice it happens every generation.

And precisely on that Script and the crucifixion done by the Order we want to concentrate attention in our upcoming book – Kabbalah 33. We will describe each event that leads to this fatal end for the Lord.

If you are looking for mystical malarkey, you won’t find it in our book. It is based completely on facts from the life of the Messiah that is supposed to become an antidote for the poison of the Order’s Script.

The wisdom of Kabbalah, which is common for Judaism, was passed by word of mouth from generations to generations. Unfortunately, this eternal cycle has been broken by the Holocaust and we have decided to revive this mystical science and write a complete guide to it in our book. And we want to present you the preview edition of this book for absolutely free.

If you are interested in the story of the Lord, our Messiah and Savior, you cannot miss it. Please download our book from http://asam.tech and prepare the world for His coming for He shall come. One day.
Posted by Kabbalah33 at 9:37 PM No comments: 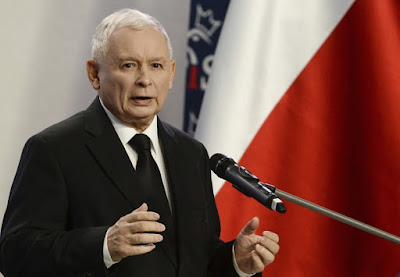 Rose Thun is right when says that 'today in Poland fascism is begin born'. The words of Kaczynski that he made on occasion of Israeli-IPN crisis are only another proof.

Kaczynski said that 'Truth will not defend itself alone. We need to create mechanism and we are in process of creating such machinery, that will be defending this truth'.

The problem is only what you will call a truth. They are right in Israel when they say that Poland want to whitewash the history but the problem is going deeper to the seed. The Poles want to replace a LORD role in Holocaust. They want to remove it completely.

And this is a core of the story of Holocaust. To be able to replace and minimize LORD influence Nazi needed to remove the memory of him from the surface of the Earth. And that memory was a living memory thus concentration camps has been created.

Nowadays LORD influence after the Holocaust is minimal as Nazi could expect. Therefore Kaczynski in his machinery does not need to create such large scale concentration camps. The psychiatric hospitals and prisons shall be enough to complete Nazi task.

There is no accident that the words of Kaczynski has come in such time. They using meeting of top spies of America and Russia prepared another revisionist attempt. The fruit - son of Fidel Castro - came on the morning. But how could it be successful in the time of the Day of Judgment...

Czytaj więcej na http://fakty.interia.pl/polska/news-jaroslaw-kaczynski-prawda-nie-obroni-sie-sama,nId,2517582#utm_source=paste&utm_medium=paste&utm_campaign=firefox
Posted by Kabbalah33 at 5:20 AM No comments: 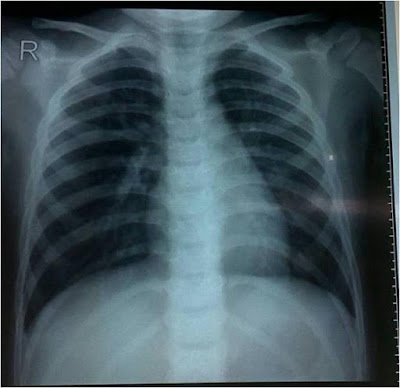 Remembering a pneumonia of King Abdullah II Lord was thinking what would happen if the Palace would decide to enforce such Martian strategy on him. This was a reason why LORD committed suicide on Mars. Would he do same here?

The difference is that on Earth LORD is aware of the effect it would have on the planet therefore he would never repeat such scenario but this does not mean it is safe for the Palace to enforce it here.

What would be a response of the LORD if they would force him to have a Son this way? You could be surprised but he would agree and would make a Son as they wish. Why?

Because it is too late for such solution. Such a Son would be too immature to make Judgment on the Day. He would need to hibernate on his Nest and the Earthly civilization would be crushed by the Meteor.

The truth is that in such a time a Son is not a solution at all. He will not help them to doge God's Wrath because would be simply too young.
Posted by Kabbalah33 at 8:42 AM No comments: