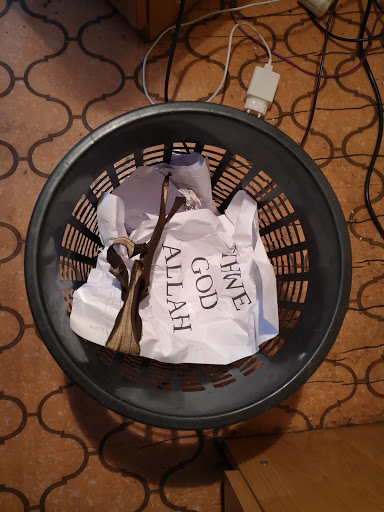 The people of the planet Earth, both Jews and Gentiles, are treating God worse that a trash. They do so because he has been replaced in their minds and hearts by picture of some unknown superpower residing in skies above the Earth.

The God is a living man that is something about not only Christ is saying in the Bible. Begotten not made.

What you did for your God then? I'm praying in the Lord temples, many could say. But do you understand words of this prayers left to you by your ancestors?

Most of the people are deists. They believe in God but not this one of Isaacs and Abraham but again in the superpower that is residing in skies above the Earth. A superpower that does not care of them, nor their planet.

So they throw away their true God as a trash. And so he lives among them like a trash. But this was not a case even few hundreds years ago. The Lord was then most powerful and rich person in the world.

And ahead of the upcoming judgment he want to be again nobilited. If not, he will forsake you and your planet. Leaving it for another one where he will create some other world...