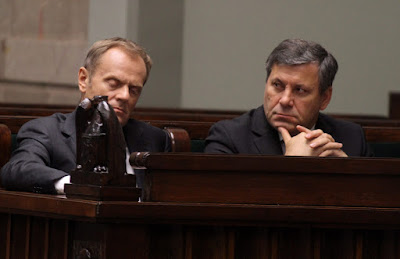 This week President of EU Donald Tusk was very active. He has stated "I'm afraid that somebody through incompetency will drive us to catastrophe". Maybe he was thinking about the Lord security.

In theory even drunkard could crash his bootle on the head of the Lord sending whole planet astray. The Lord shall be much more secure, it is true. But what Donald do in this area? Maybe lets send the Lord back to prison, he will be much safer there.

Then Tusk made another important words: "I'm warning you about march of sleepwalkers that does not lead to anything good". And again Tusk shall think twice if he is not such sleepwalker. Through all his time in Brussels he did nothing for the cause of the Lord.

The effect is simple. Today, after his life experience, the Lord is openly speaking about destroying Earthly civilization and departing it to create some new one in the deep space.

Nothing to worry? The Lord hardly believes that current world after the Holocaust is inhabitable and it is only matter of time when he will commit a suicide. To prevent total destruction of our planet it is better to leave it. Forever.
Posted by Kabbalah33 at 9:17 PM