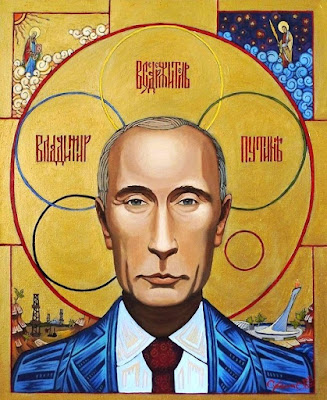 One of those rare world leaders that has never betrayed the Lord Mr. Vladimir Putin has made recently some controversial words. He said that in case of the nuclear war Russians will go to heaven and their enemies will simply die.

There is something in his words. In case of the departure of the Lord from this planet he will take some of his most loyal people with him to colonize another world. Yes, you can be sure it will be a Biblical Heaven.

There is not a problem even if they will be dead at Earth. They can be resurrected by the Lord on the Kepler. And thus those that was losers at Earth will be ultimate winners at Kepler where they will create new nations from the seed. With the memory of what they enjoyed at Earth passing from generation to generation.
Posted by Kabbalah33 at 8:52 AM