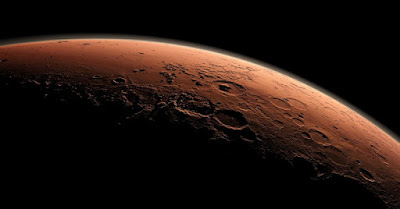 He was despised and rejected by men,
a man of sorrows and acquainted with grief;

It was also after the Holocaust when Lord's brother on Mars has found himself completely rejected and committed suicide. He believed that he is just a common man. He was not. Whole globe exploded.

Now the Lord on Earth has found himself in similar conditions. If not the knowledge of his brother past he would also commit suicide but here on Earth the situation is different. He have a bigger dream that keeps him alive. It is a dream of departing this planet to Kepler and recreate there our lost civilization.

The conditions on Earth after the Holocaust are purely Martian ones and if this knowledge of the God would be lost one day the Earth will find similar fate of the Mars. That is why it is so important for the Lord to depart it as soon as possible.

There was 3 millions of Jews on 9 millions of population. The Lord was always surrounded by loyal people and always taking leading position. After Shoah he has found this not possible anymore.

Years on street and in prison are best example how Poland has degenerated. Now when they will be celebrating 100 years of independence the Lord will call for bankruptcy.  He really want to take this paper to Museum of the Earth on Kepler.

The Israel was in hope some counter measure but the truth is that while Polish Jews was mainly Jews by Birth, the Israeli are mostly a converts loosely coupled if at all with the Lord. And what Prime Minister and Chief Rabbi demonstrated over the weekend Israel is a tool of the Lord crucifixion, not his ally. That thing did not changed since times of Jesus Christ...
Posted by Kabbalah33 at 10:16 AM