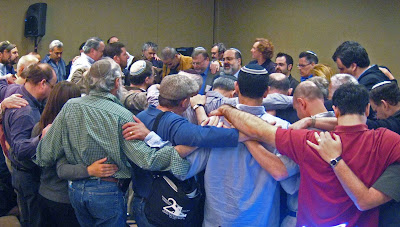 In previous posts we has shed some light on the true face of Prime Minister of Israel and his party. In this post we want to focus more on possible antidote - Messianic Jews.

It shall be clear now to you that Revisionism Zionism is fundamentally flawed by the New Covenant.

The possible cure for this situation could be Messianism but this is a movement that is countered and prosecuted in Israel.

They say officially that there is around one million Messianic Jews worldwide but the Lord believes that this number is much bigger.

The Messianic Jews in simplicity believes in the living God which they call Jeshua. They believe in his coming to the Holy Land.

Basically this is original meaning of Judaism but in the age of Revisionism nobody in Israel is interested in Jeshua to be recognized. He is simply too powerful, too charismatic person that could be problem for the current oligarchy. A similar situation we had in times of Jesus Christ.

There are two basic problems with Messianic Jews. For first they does not have political representation in Israel. For second, they are limiting themselves to religious and artistic activities begin not interested into coming in direct cooperation with the Lord.

They has never made an attempt to establish direct contact with the Lord, so many can doubt in their true intentions.

Well, the time is running and the Lord want to announce his ruling over the world on the first day of Hanuka 2033 (December 17). Will they be able to transform their country on time and organize this event? The Lord doubts. So far they are more interested in signing and dancing together that acting towards coming of the Lord.
Posted by Kabbalah33 at 2:15 AM