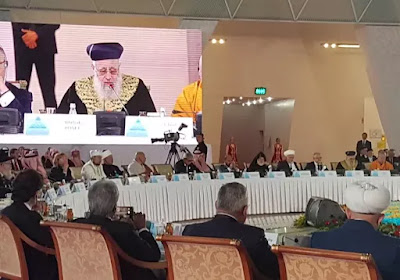 Yesterday Chief Rabbi has condemend other religous leaders for not condeming terrorism. Is not this strange that such calls are beign made by some that once has blowed up Hotel King David?

The Irgun was not peacfull organization. It was Jewish terrorist network but in that times thier acctivities was called 'partisant'.

But Chief Rabbi was not interested in attacking terrorism. He wanted to put thier criticism on the Lord. Rejecting him, just as in the time of crucifixation of Jesus Christ. As in times of Romans, that in times of Trump we are once again observing an ubelivable wave of hatred directed against the Lord and coming straiith from the Jerusalem.

The Lord does not doubt that even in the religous establishment of Israel there are good and faithful people but they are lead by someone that is deeply corrupted by the Kabbalah crimes that does not think about the Creator in any other terms that death and destruction.