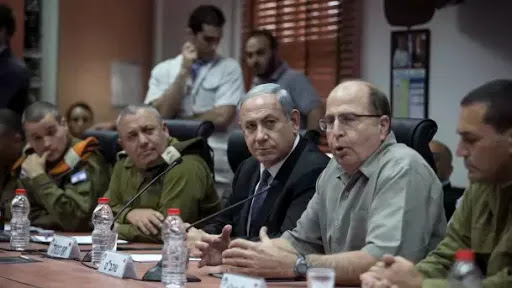 The Israel security cabinet was meeting for more that five hours. The reason was Netanyahu turning openly against the Lord.

They could meet for even fifteen hours and still without the result. Killing the Lord from Israel is not possible even for Prime Minister because such thing would dissolve Jewish nation forever.

Haaertz is asking their readers if Netanyahu will continue to be as popular as before. Every such despot will be overturn by the nation. It is only matter of time but for Israel and the globe it would be better if Netanyahu will resign and call for early ellections.