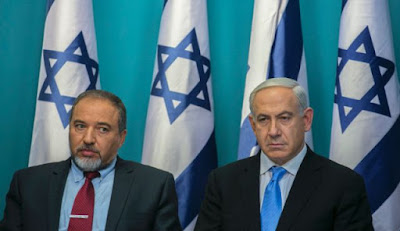 Today after criticizing Gaza ceasefire Israeli Minister of Defense has made a resignation. That is news welcomed by the Lord. The Lord does not want escalation of conflict in Gaza but appreciate very much Lieberman stance when it comes to his own protection.

The Lieberman has changed a lot and seems to be converted since he has discovered this not so secret verses of the New Covenant. The Lord wishes him the best but is wondering if Netanyahu coalition will collapse now.

This would be the best scenario for the Lord and whole of the Jewish nation. We are asking Nethanyahu for resignation since a long time but he said that he can resign but there is no body better for this position. We hope to see if that is true.