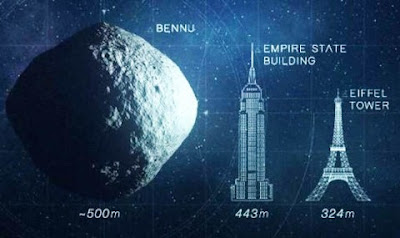 Mass media are almost silent on that but NASA does not have good news for you. Recently they have announced two important things. First is that Bennu asteroid has accelerated signifantly.

The other is even worse. They had a plan to send there a starship armed with most powerfull nuclear missiles. But they have calculated that even with them they will be not able to crush 440 000 tons of solid rock that is going to hit the planet Earth.

At same time they are gathering in the U.S. for the Jewish congress that can be seen by some still sane as the last chance. Soon the Lord, the only that can save you is going to hit 40 years. 40 years of oppression, time on street, prison time and now banckrupcy.
Posted by Kabbalah33 at 7:10 AM