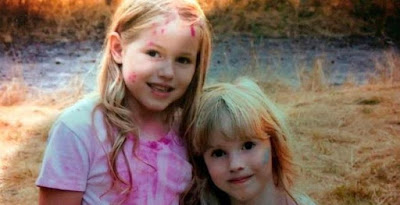 When the Israeli leaders have shown their true face to the Lord Polish media was informed that "Prosecutors want to make a profound psychiatric test of [Stefan W.]".

Just after they have published news from California about two girls that after two days has been found alive in the forest.

They had in the mind Amanda and Christine from the Radziwillow Palace that from years are waiting to join the Lord. The problem is that they are not girls, they are ladies nearing to 40'ths.

When the Day of Judgment will come they will be over 50, as the Lord. And to be honest the Lord has planned for them something else. He will take them to Kepler and will return their youngness to them.

There they will create a new civilizations. Living far from their oppressors.