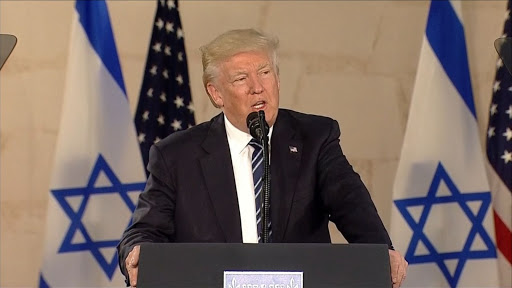 Trump after observing Gantz lesson stated that if he would run for Israeli PM he would gain 98% votes.

Yes, 98% of Israeli would not like their nation to be dissolved as 98% of global population would not want their civilization hit by giant meteor. But singing the Bible is not enough to stay in power whatever in Israel or United States.

To avoid the second much more is needed. What the Lord has learned from Golan episode is that like in times of Christ the wish of Israeli elites and mainstream population is not to establish the Messiah as the Ruler but just send him to the death on the cross.

Thish wish is not only visible in Gantz actions but also in in inactions of Netanyahu. That is why the nation have enough of both and will stay in homes instead of going to voting pools.

For Trump this is yet another warning. If some Democratic candidate will ever open his hand to the Lord he will turn against Trump just as is turning against both Gantz and Netanyahu.