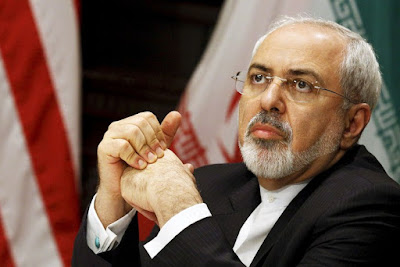 
Iranian FM Zarif has critizied U.S. and Israel for falsyfing Thora and driving Islamophobia but the truth is that if not Syria Assad Teheran regime would drow in the cows shit.

If Zarif would dear to read the book of Jeremiah he would know that the Lord is able to turn to Babylonian kings to destroy Israel. That was true 4000 years ago and is true nowadays.

But the truth is that modern Iran is not interested in convincing the Lord to make this. Why? Because its teaching are no different from the idolatry of Israeli Rabins or Catholic Pope. They belive not in the living God but some idolatry imagination of the God. That is much easier for them to avoid the criticism of the Lord.

The Lord has open his hand to Palestinians and Iranians that so much hate Israel and opened an online referendum asking if he shall not dissolve the Jewish nation for all they have done. But nobody voted...