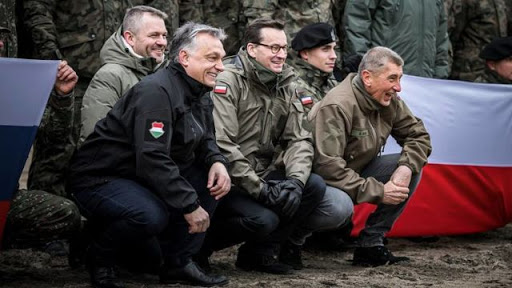 The Lord is interested in how PM Morawiecki has felt when posing to the joint photo in the uniform of Polish Army while on same day such person was promoted to the General degree.

The person behind lies on Smoleńsk crusade. The person behind symbolic rape of one of Lord beloved which was called by PM Mikołajczyk "Rape of Poland".
Why this person was promoted by President Duda and Minister of Morawiecki government. Why this person is still touching Kabbalah preparing
assassination and replacement of Lord mother.

Is not this a shame to every Polish soldier. A shame to the uniform.
Lord can understand why President Duda was doing what he did but cannot find explanation to Morawiecki that claims nota bene to be of Jewish origin...
Posted by Kabbalah33 at 6:02 AM