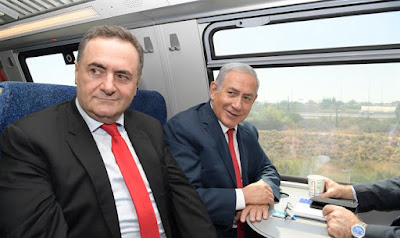 Today when the Lord as usual taken his train to home on Jersualem Post our Benito appeared promising to keep public transport secure.

Yes. Truly, if this promise will mean another hundreds or thousands of suckers will be slain you can keep up his words. The abuse of the not-so-secret verse of the New Covenant is Bibi specialty.

The Lord does not need such security and gesture of false friendship. Years of Netanyahu was catastrophic for him. It was years of oppression, homelessness and prison time.

Where Benito was at that time? At the time when they were slaying elite of Polish nation? Secure in his cabinet.

The Lord is expecting some changes to his situation but again Malta Order will just execute their script throwing scraps from Israeli king's table.

This is not satisfactory for the one that was once the richest in the world. It is not and while it will be accepted it will be treated as a way to spend 14 years waiting for final departure from this forsaken planet.