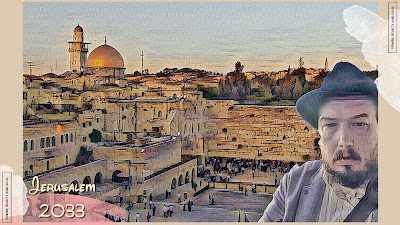 It's true. The Lord was not visiting the Holy Land since the XVI century but in 2033 he will undertake the Pilgrimage to Jerusalem to announce his ruling on the world there.

But first many things must change in Israel and aboard. The best would be to start by changing the rulers of this land. Netanyahu has failed to facilitate the dialogue with the Lord and shall pay the price for that in the coming elections.

Israel shall be for the Lord safe heaven and launchpad of his initiatives like restitution. So far its limits only to two things: singing about the Lord and his coming and military interventions. The other aspects are lagging and will be lagging under the rule of Netanyahu.