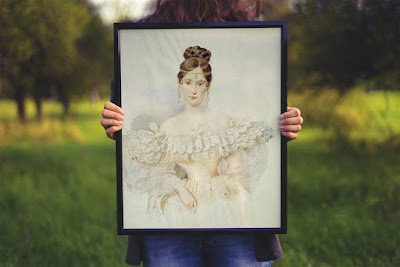 This is not a secret anymore that the source of the Lord power and security lies in his heir. That 'weakness' not once in the past used the Partitioning Powers. The victim of the situation that we observe since the Partitioning was before not only Adam Mickiewicz.

He was one of the most famous Lord's Forefathers, as he was still living in the times the Partitioning was not so brutal and harmful for our establishment. At least there were still Jews surrounding their Messiah.

But let's focus on Adam wife, Ms. Cecylia Mickiewicz. That is true she was a Saviour of mankind, as she even publicly proclaimed. However, such proclamation was not well received by their counterparts and she was sent for many years to the Psychiatric Hospital.

She was sent there only because she was saying true. She gave the birth to Mickiewicz secret firstborn son in 1833 what has completely unarmed Adam. As a prize, they did not make her a Princess of this planet but just sent to the Psychiatric Hospital.

That is why the Lord thinks ladies of Gliwice will keep that story deeply in their hearts, as there is no prize for such sacrifice. At least not during the Partitioning time and that time we still endure.

There is no Polish freedom in the air and there could be not a happy end of such romance. The Lord will abstain, as he have other on the mind. The town of Gliwice will not become Mickiewicz's fortress and the grave.