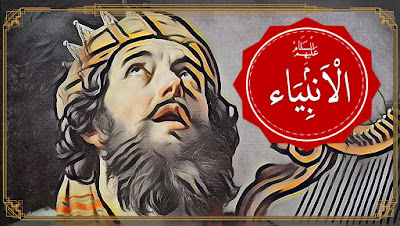 The dream of the Lord of restoring the King David line in Israel has been shattered by Amanda stance. She does not want to leave neither him nor Poland. The Lord will, of course, respect her decision but have hope it is not the final one and with the help of the Jewish nation, we will be able to change her mind.

The only hope of the Lord is to see a smile on her face and that will not happen if she will stay in her motherland. She must be aware that the time they will spend together is very precious and will be broken in two years by her ex-boyfriend. That is a part of the scripture, that the Lord wants to reform.

The idea then is to spend part of that time in Poland and part of the time in Israel with the hope that Jewish nation, history, culture, and religion will make her fall into love with that land and quickly it will become their - Amanda and Lord son - a second home.

This way she will be fully liberated and hopefully happy -  surrounded by due respect and reverence by the people of Israel. She will be truly a Queen of Israel - mother of perfect leader that will be able to unity both Israeli and Palestinians.

The Lord knows that she would want to marry him and spend the rest of the life together but that is not possible, as it is a gift the Lord promised to Nina. Instead, he proposes her to find another love in Israel.  Someone like Jesse. A respected and renowned Jew that will become her ultimate husband.

The Lord still hopes that his dream will come true and that with the help of the people of Israel we will find a safe harbor for her and their son. With the better future there than this one waiting for her, if she will decide to stay in Poland.