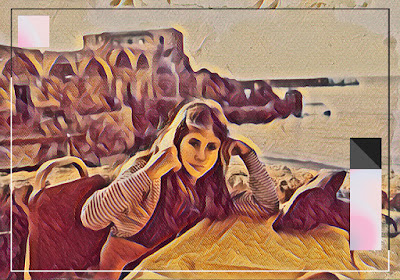 The Lord sees on the front page of Jerusalem Post that his lamentations have been heard and the Order prepares to finally execute the most important part of the scripture. In the Moscow package, the key role and driving force for the push of Bolshevik armies into the Lord heartland is reserved for his niece Agness.

The core of the plot is centered at the alleged claim that in his youth the Lord has sexually assaulted her. This is something that the original Agness would of course deny. Therefore she must be replaced by her clone.

And now is the military part of the operation. At the same time, the replacement would be done on the Russian Tsar and the Lord mother. This would expand the corruption on top of the Russian elites and in fact, would change it from the White to the Red.

Still, the Lord would be untouched, as is protected by the faith and foremost the New Covenant.  But the last is not an issue for the Bolsheviks, as it would be even better if the nation of Israel would be dissolved forever.

The idea to eliminate the Lord is simple, as usual. They would want to rape him using the false Agness and this way eliminate both the Lord and his nation.

To perform this operation they will not back from making an invasion on the Lord's land and capturing him. This part would be executed by Amanda ex-boyfriend.

This is something that we have observed during the 1920 Witkacy's romance. The Bolsheviks hordes were defeated however by Pilsudski. Still, the invasion about which I'm talking had a place and the rape attempt was performed, just like in the Scripture.

The problem, besides the New Covenant, is that the Lord is in the very specific window of time. The comet would hit the Earth in just 13'th years and that means that the Lord's Son would not be matured enough to save the planet. That is the mistake they made on Atlantis and the core reason when the Deluge occurred the last time.